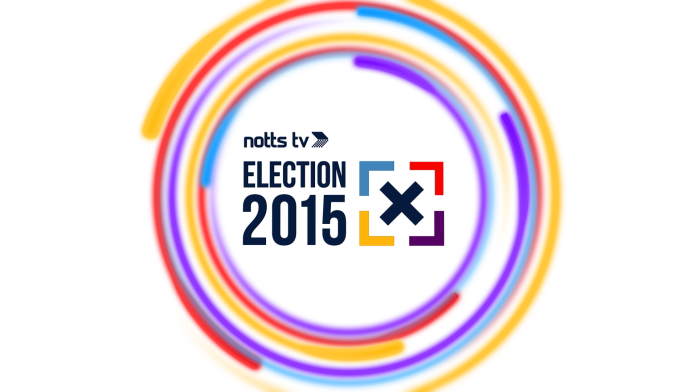 11.36am: Nick Clegg has stood down as leader of the Liberal Democrats after a disappointing night of elections.

10.53am: Nigel Farage beaten to seat in Thanet South by Conservatives.

9.20 am: BBC says it’s learned that Ed Milliband is to stand down as leader of the Labour Party

Here in #Nottinghamshire, every constituency is unchanged. The party that had it yesterday, has it this morning. #GE2015 #NottsDecides 6:36am: Graham Allen tells Nottingham his team will work tirelessly for the people of Notts.

6.24am: Lilian Greenwood tells Nottingham she’s incredibly proud that the people of Nottingham voted for her 6:01 am: Gloria de Piero tells Notts TV’s Christian Hewgill that despite the rumours of her as a potential Labour leader she’s only interested in Ashfield.

5:22am Ed Miliband secures 11,780 majority in Doncaster North with UKIP in second place.

5.15am: Nottingham North result expected in ten minutes or so.

5.14am: Result expected shortly in Ashfield.

4.22am: Conservative candidate for Broxtowe, Anna Soubry, has a quick chat with Notts TV.

4.07am: EREWASH: Conservatives hold with a majority of 7.4%. Maggie Throup with the seat.

4.03am: Rumours are circulating that Ashfield will not be declared until 6am.

3.57am: East results will be the first of those declared in Nottingham. Counting continues.

3.49am: Counting in progress at Rushcliffe. 3.41am: In Bassetlaw, counting begins.

3.24am: Counting has started in Rushcliffe. Conservative expected to hold ‘safe’ seat.

3.21am: Labour’s Nick Palmer arrives at the count in Broxtowe. Last time he lost the seat by 0.7% Result expected soon.

3.11am: Gedling declaration expected within the hour. Labour optimistic, but it will be very close.

3.01am: Vote verification complete in Broxtowe. The highest turnout since 1997.

2.56am: John Mann, Labour candidate for Bassetlaw, says he is confident of holding the seat.

2.46am: Sherwood result will not be expected until around 9am.

2.34am: Labour cabinet minister has told Sky news that he expects it to be a “very, very bad night” for his party.

. @GloriaDePiero tells me she's full of anticipation, but refuses to be drawn on how confident she is @Notts_TV pic.twitter.com/TBr2KKpKzA

2.22am: Labour’s Douglas Alexander has lost his seat in Paisley to SNP.

2.19am: Count currently underway in Newark. Result expected within the next couple of hours. Conservatives expected to hold.

02:05am: George Galloway has been reported to the police for breaking election law by tweeting the results of his party, Respect, before voting ended. Rumours suggest that he may lose his seat in Bradford West to Labour.

02:02am: Counting has begun in Sherwood. Rumours that a recount may take the result past 9am.

01:56am: Rumours at Gedling count suggest that Labour candidate, Vernon Coaker, could lose his seat. He won the 2010 election with a 3.9% majority.

01:23am: Notts TV reporters: Rumours at the #NottinghamSouth count that Labour’s Lilian Greenwood may lose her seat tonight.

Video: Christian Hewgill reporting from the count in Ashfield

00:59am: Conservatives hold Putney in London and Liberal Democrats, for the first time tonight, hang on to their deposit.

00:28am:  Lord Ashcroft says a third of people only made up their mind who they were voting for in the last week.

33% of voters made up their mind how to vote in the last week. 11% decided today.

00:22am: BBC says Anna Soubry, Conservative, (pictured above) is expected to hold Broxtowe.

00:09am: Returning officer at Sherwood has said there has been a high turnout as counting commences.

23:57pm: John Collins. political expert and broadcaster, will be on Notts TV tomorrow analysing all of tonight’s results. Here are his top five crucial seats to watch:

Ok then, tonight, 5 seats to watch:
Dartford, Kent. This seat has gone the same colour as the PM every election since 1964. Telling. #GE2015

Norwich North: If #Labour take it then they're on course for a (currently unlikely) overall majority. Same goes for Great Yarmouth. #GE2015

Walsall South: If the Tories don't get the 2.2% swing to get this one, it's hard to see Cameron waking up to an overall majority. #GE2015

Stafford: My old @BBCRadioStoke patch. Big #Labour smiles if Kate Godfrey wins. Likely to be the largest party if they do. #GE2015

23:39pm: Counting begins in Nottingham North. This was convincingly won by Labour in 2010 and they are expected to win again this time.

Image: Votes begin to be counted for the Nottingham North constituency

Image: Votes begin to be counted in Broxtowe

23:05pm: Paddy Ashdown’s hat is now trending on twitter after he said he would eat “his own hat” if the exit poll predictions are right. It also has its own account @paddys_hat.

5000 followers? Seriously? In 45 minutes? THIS IS WHY WE CAN’T HAVE NICE THINGS, BRITAIN

Paddy Ashdown says he'll "eat his hat live on your programme" if exit polls are correct. He doesn't have a hat but he'll "get one specially"

22.51pm:  Sunderland South held by Labour. UKIP came second and the Liberal Democrats ,with less than a thousand votes, came last with not enough votes to get back their deposit.

All parties or independents standing for a seat in parliament have to pay a £500 deposit. They have to secure at least 5% of the vote to get this money back.

I'd treat the exit poll with HUGE caution. I'm hoping for a good night but I think 58 seats is unlikely! #GE15

Conservatives would remain short of a majority.

21.14pm: Voting closes in less than an hour and the count will begin.

16.55pm: Power has returned to Strelley polling station in Broxtowe after being struck by thunder and lighting and losing electricity at around 2.45pm.

Marvellous. Strelley polling station hit by thunder and lightening. No electricity. To the rescue…….

16.13pm: Twitter goes crazy for dogs at polling stations. Forget who is going to be the next Prime Minister voters are more concerned with what to do with their dogs. This morning saw twitter users debating whether they can take their dogs with them to vote with the hashtag #dogsatpollingstations and sharing pictures of their pooches at polling stations.

07.00am: Polling stations open across Nottinghamshire.

Welcome to the Notts TV’s live election blog. We will be reporting on all the news in the 2015 election overnight. Our reporters are at every Nottinghamshire count. Check here for their reports and on the Notts TV on demand service.