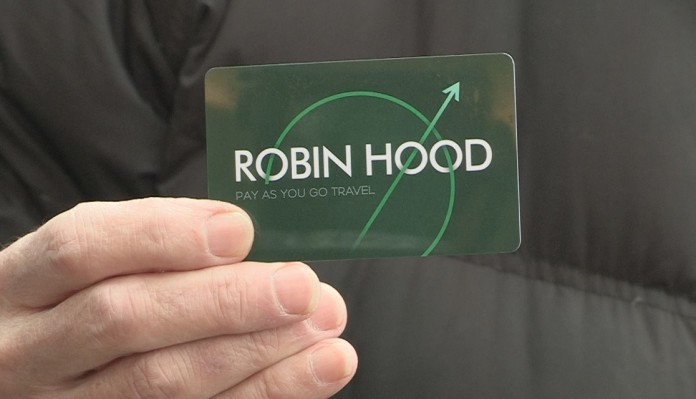 Nottingham’s answer to the Oyster travel card is now being used by more than 3,500 people three months after its release.

The Robin Hood pay as you go smartcard made its debut in December, providing one card to travel across the tram and bus companies.

Nottingham City Council says card users have carried out 5,000 top-ups and more than £130,000 worth of transactions.

Councillors say they are satisfied the card is performing well during what is considered a trial period ahead of a roll-out of more card machines.

The cards are based around journeys charged on the basis of the trips actually made, with joint fare deals for journeys involving more than one transport provider.

Video: Notts TV asked for people’s views on the card after the launch

They can also be used on all main bus, tram and park and ride services.

There are now 60 ticket machines across the city, with 17 of these located outside the City Council boundary, in Arnold, West Bridgford, Netherfield, Wilford Lane, Ruddington and Beeston, plus one now in the Broadmarsh bus station.

A number of new Robin Hood Card features are also being planned in the next few months.

Councillor Nick McDonald, portfolio holder for transport at Nottingham City Council, said: “Although very much operating in a trial period, the Robin Hood card is proving to be a popular day-rate option.

“Further planned improvements will allow the Robin Hood card to become an even more flexible and cost-effective way to travel. The increase in the number of vending machines means that it is easier now to buy cards – even outside the city.”

The card can be used on Nottingham Express Transit, Nottingham City Transport, including Pathfinder and South Notts buses, Kinchbus, Trent Barton and the City Council’s Linkbus network within the greater Nottingham boundary.