Ashfield District Council will not scrap its controversial draft local housing plan but is “doing nothing else” on it until the Government responds to requests for clarity, the authority’s leader has said.

And a working group set up to steer progress on the document will discuss concerns raised by campaigners amid fears the plan could have a “detrimental” impact on communities.

It comes after the Ashfield Independent-led cabinet heard calls for the plan to go “back to the drawing board”.

However, it has opted not to scrap or redraw the plan.

The calls were made during a cabinet meeting on Tuesday (January 25) which saw two separate petitions and a motion debated by councillors, with all three submissions addressing issues with the plan.

Councillors were told greenbelt land and “cherished” nature reserves could be lost if the council goes ahead with the plan, which proposes 3,000 homes at Whyburn Farm, Hucknall, and 1,000 homes at Cauldwell Road, Sutton.

In total, around 5,000 of the more than 8,000 homes proposed in the document would be based in Hucknall.

But cabinet members decided not to approve any of the calls for the plan to be redrawn, instead choosing to “recognise” concerns and make the submissions a part of the local plan consultation.

The motion and both petitions will be taken to a cross-party local plan working group for discussion. That sub-committee will debate the future of the plan “in due course”.

The authority confirmed at the end of last year it has paused progress on the document while it awaits clarity from Government on potential housing policy changes.

The document requires the authority to build 8,226 homes in total between now and 2038, amounting to 457 per year, but the council can only build 1,107 of these homes on brownfield sites.

And the council hopes a potential Whitehall policy shift – which could amend housebuilding calculations and prioritise brownfield building – could see the target brought down significantly.

But during the meeting, the council heard pleas from resident groups in both Hucknall and near Cauldwell Road, Sutton, for a rethink on this plan in its entirety.

Jemma Chambers, who leads the Hucknall Against Whyburn Farm Development group, presented her petition with more than 7,600 signatures.

She told councillors: “These plans to build 5,000 of the district’s 8,000-home target in Hucknall affects every single resident of Hucknall.

“We need to protect the greenbelt and ensure the distribution of housing is equal across the district. Hucknall has already had its fair share of housing, and it seems that each week there is new development.

“It’s apparent Hucknall is the dumping ground for houses in Ashfield, taking the majority of the housing burden but none of the benefits.

“Hucknall has had enough and we cannot take any more.”

Laura Gapski, who leads the group opposing the Cauldwell Road development, also presented her petition of more than 1,600 signatures.

Ms Gapski, who runs the Bright Sparks Day Nursery, told councillors: “Is your legacy that of another party that put a blotch on the skyline, encouraged the urban sprawl, decimated our wildlife and turned the wine of our countryside back into water?”

The meeting also heard speeches from Councillors Lauren Mitchell (Lab) and Kevin Rostance (Con), who submitted a cross-party motion calling for an alternative local plan to be brought forward.

He said: “For us, the magic bullet is either the Government changing the standard housing methodology or making a legislative change based on political statements they have made.

“If they reduce that number we can come back and do something very different. At the moment, we’re open to any suggestion which causes the least harm to Ashfield and the district.”

But he added: “In the middle of November we took the decision to pause the plan and this does exactly what it says on the tin.

“We are doing nothing else on the local plan until the Government responds and says to us either ‘carry on and do what we’re doing’ or gives us some flexibility to do something different.”

The Government’s Department for Levelling Up, Housing and Communities has been approached for comment. 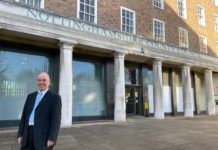 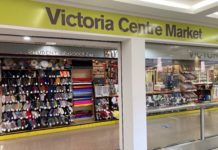