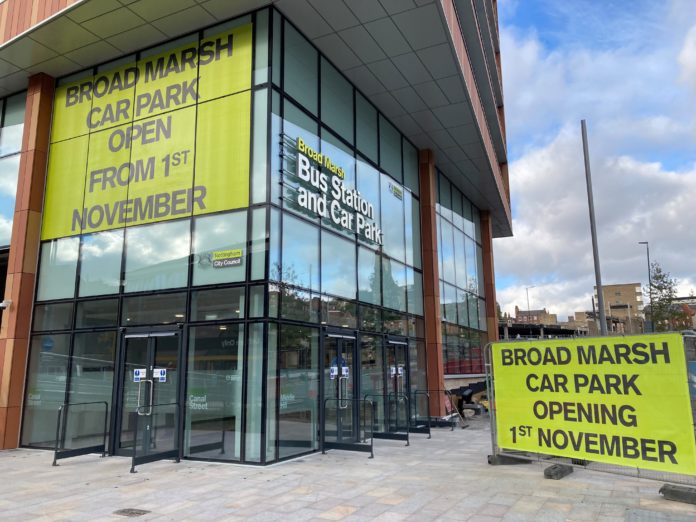 Nottingham City Council says on average 242 customers a day are using the brand-new 1,280-space Broadmarsh car park since it opened in November.

The Labour-run authority says no new car park is going to operate at full capacity when Covid has reduced the amount of workers coming into the city.

But since it opened on November 1, there have been 20,300 customers so far generating around £94,000 for the local authority.

The city centre multi-storey was built to serve the increased number of visitors to the new, redeveloped Broadmarsh shopping centre.

But in 2020, the shopping centre plan collapsed when owner Intu went into administration.

Since then, commentators have expressed fears the car park will be underused as well as raising access issues to the facility.

The council is optimistic it can make the car park work, due to its close proximity to the refurbished Nottingham Castle and the new Nottingham College. It will be monitoring its success over 2022.

The Local Democracy Reporting Service asked the council how the car parking facility was performing.

“Usage figures so far are what we expected and have been building steadily since we opened 12 weeks ago.

“No new car park is going to operate at capacity immediately and Broad Marsh has opened at a time when all providers – public-sector and private – are being affected by changed behaviours due to Covid.

“Many city centre workers are still based at home and the emergence of the Omicron variant reduced overall footfall.

“However, many drivers took advantage of our £5 all-day ticket as an introductory offer, while our Early Bird discount for those who arrive before 9.30am remains popular.

“We are working with many organisations across the city centre, including Nottingham BID, Motorpoint Arena and Nottingham Castle, to promote the use of Broad Marsh Car Park.

“Broad Marsh is in a prime location, close to shops and attractions such as the Castle, and we will continue to promote it widely and carry out further improvements to signage to encourage its use, which we fully expect to increase further as Plan B restrictions are lifted and people start to return to the city for work and leisure in greater numbers.”

Concerns have been raised about access issues to the new car park after the council pedestrianised the majority of Canal Street and Collin Street.

Motorists, travelling from Maid Marian Way, must take a detour, and can access the new car park by driving down London Road and onto Canal Street.

Cllr Kevin Clarke, opposition leader of the Independents at Nottingham City Council, said: “The problem with that car park is getting in and out of it. Some people have come in and got tickets (£60 fines) because they have gone the wrong way.

“It needs more signage and clearer signage. The car park is a bit of a ‘time will tell.’