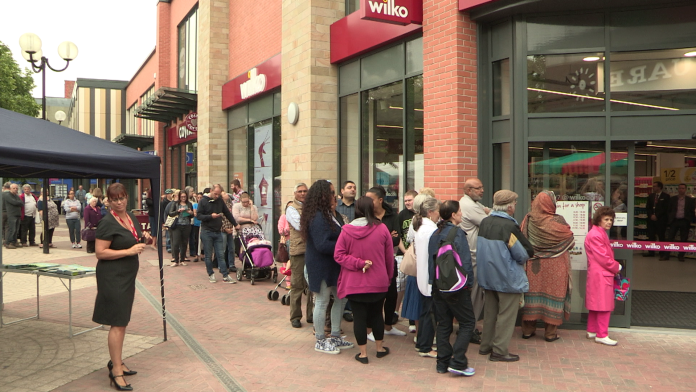 Broxtowe Borough councillors believe business will spike in Beeston after the re-opening of a Wilko’s store in the shopping centre.

Three years after being forced to close down, Wilko’s is back in Beeston bigger and better than ever.

The store is part of Beeston Square shopping centre, which is currently undergoing a £2.7 million development.

Councillor Richard Jackson, Leader of Broxtowe Borough Council was present at the stores grand opening and says that Wilko’s is just the first step in a much bigger plan for Beeston.

Richard also praised the atmosphere around the town, he said: “There’s a real buzz around Beeston at the moment. The square has been revamped and we’ve got new retailers, new coffee shops and they’re all really busy.

Susan Bagshaw, Mayor of Broxtowe Borough pledged to do all she can to help Beeston bloom again and was  excited about the towns future.

She said: “The tram line in nearing completion, the square is looking absolutely wonderful now and I’m hoping Wilko’s can bring other business into Beeston.

“I certainly hope Beeston is over its tough times. People are stopping and talking in the streets about how nice everything is looking and how they can’t wait for final completion.”