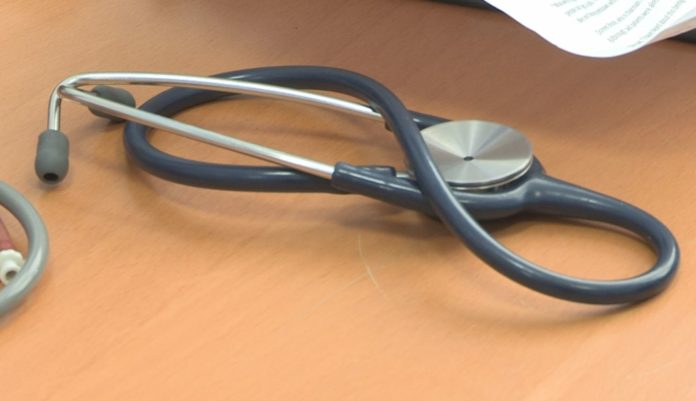 A Nottinghamshire doctor has spoken of “huge” changes in the number of patients seeking help for mental health problems during the pandemic.

West Bridgford GP Dr Jeremy Griffiths spoke during a council committee on January 4 about the “single most significant public health disaster and emergency in our lifetime”.

Addressing Nottinghamshire County Council’s Health Scrutiny meeting, he described one day at work when three patients in a row voiced thoughts of suicide.

The GP,  who is based at Castle Healthcare Practice and is Vice-chairman of the Nottinghamshire Health and Wellbeing board, added that it is a “disaster” that some doctors are retiring early due to the pressures of the job.

He said: “We have certainly seen huge significant changes in the amount of mental health problems that we have had.

“That’s really hard to deal with, that was the reality of the situation.”

Dr Griffiths described the pressures on doctors who are dealing with up to 50 patients a day during a 10-hour session at his surgery.

He said: “That is an intense session, it is hard. People will come away from that feeling exhausted. There is an element of pandemic fatigue out there.

“We’ve got to work out how we retain our GPs as we don’t want people walking away.

“I know people who are retiring early because they find the intensity too hard and that’s a disaster.”

He added that GPs were tasked with changing the way they operated “almost overnight” at the start of the pandemic.

He said: “That’s against a background of the situation where a full-time GP is expected to look after around 2,000 patients, an increasing ageing population, increasing numbers of long term conditions and we have about a quarter of our GP workforce over the age of 55.

“We initially saw the behaviours of the public as they tried to protect the health systems.

“Now, what we have seen is the increasing pressures. People want to get things fixed as quickly as they possibly can.

“We are also now trying to provide our services, reacting to the demands of the pandemic and be mindful of long term conditions.”

Dr Griffiths said around 40 per cent of patients at his practice now have face-to-face appointments – but phone calls, texts and video calls are also used.

He said: “We are finding that there are certain things we would have originally brought people in for but we don’t bring them in at this moment in time.

“I am hoping we will get through the worst of Omicron over the next few months and we will then move towards being in a situation where we will enable more people to book face-to-face appointments.

“We do retain a sense of hope and optimism that we will respond to this and adapt to it.”

The Samaritans offers a listening service which provides support 24 hours a day on freephone 116 123. Further information is also available on the charity’s website www.samaritans.org.