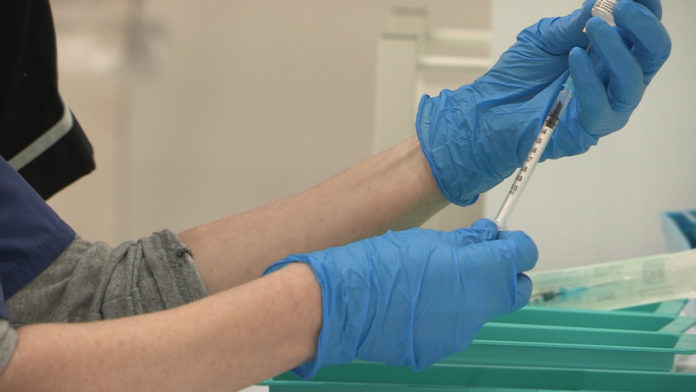 Bosses at a Nottinghamshire hospital trust have confirmed they will receive more guidance on the scrapping of mandatory Covid vaccines for staff on March 15.

Hundreds of NHS workers in the county could have been sacked over the requirement – including staff at Nottinghamshire’s two largest hospital trusts.

But the Government dramatically U-turned on the policy after coming under pressure from unions and NHS workers to protect the health service from entering a staffing crisis.

Hospital workers who were yet to take up the vaccine initially had until February 3 to receive their first jab under the initial plans, with a second dose required by April to protect them from losing their jobs.

Union bosses estimated about 1,600 people were yet to have one dose at Nottingham University Hospitals Trust (NUH), which runs Queen’s Medical Centre and the City Hospital, as of mid-January.

But the trust confirmed this number had fallen dramatically by January 27, with 281 members of the trust’s 16,000-strong workforce unvaccinated at that time.

At Sherwood Forest Hospital Trust (SFH), which runs King’s Mill, Newark and Mansfield Community Hospitals, less than five per cent of the trust’s 5,000-strong workforce remained unvaccinated at the start of February.

The Government’s U-turn came with confirmation “more guidance would be provided” on any future policy.

Now a board director at SFH has confirmed the trust expects to receive further guidance from Whitehall later this month.

Speaking at the board of directors meeting on Thursday (March 3), Clare Teeney, the trust’s director of people, said: “Those vaccinations will no longer be mandated, but further guidance will be out on March 15.

“As soon as we get that we will publish it more widely.

“We are still encouraging colleagues to have the vaccination and to get in touch with us if they are unsure or have questions.”

Health Secretary Sajid Javid confirmed this week the guidance will “revoke vaccination as a condition of deployment”.

In a written statement, he said: “I have concluded that it is right and proportionate to proceed with revocation of Covid-19 vaccination as a condition of deployment in all health and social care settings, and have published the government’s full response to the consultation on GOV.UK.

“I am also laying the regulations to revoke vaccination as a condition of deployment.”

The Government’s decision was welcomed by union bosses and council leaders when it was confirmed last month.

Jamie Godber, Unison’s NUH branch secretary, told the Local Democracy Reporting Service: “We welcome this move because if we can save people’s jobs, that’s the ideal. It’s a relief for us and our members and it takes the pressure off.”

It comes as Ms Teeney told the meeting the trust’s vaccination centre at King’s Mill Hospital has now surpassed 200,000 jabs since opening in December 2020.

This, she said, has provided “citizens, patients and colleagues” with the jabs as she praised staff for distributing the vaccine.