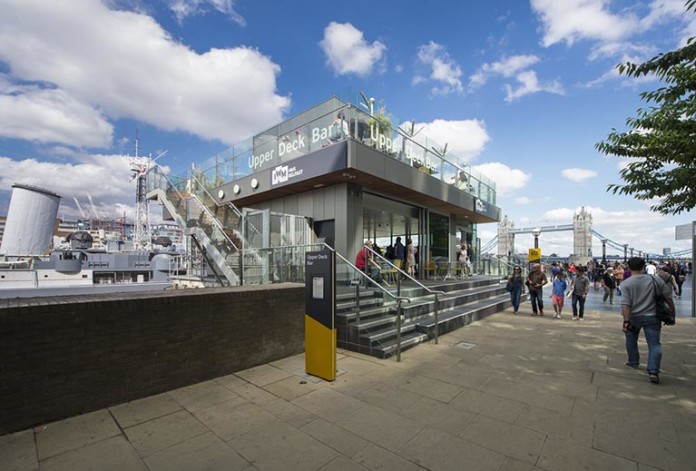 A project which saw four Nottingham companies design and build the new visitor centre for London’s iconic HMS Belfast, part of Imperial War Museums, has been shortlisted for a prestigious national award.

CPMG Architects and Focus Consultants have been selected as finalists in the Tourism and Leisure category of the RICS Awards and will be attending an awards ceremony in London on 30 April 2015 on behalf of project partners Couch Perry Wilkes and Price & Myers.

The RICS Awards selects the very best inspirational initiatives in land, property and construction and the environment and recognises the very best work across the capital city.

The Nottingham project team is up against seven other finalists in the tourism and leisure category including HM Tower of London, The Glass Mill Leisure Centre and British Museum World Conservation.

Nick Gregory, director for CPMG Architects said: “We’re absolutely thrilled to be shortlisted for this award and to be recognised for our designs for the iconic HMS Belfast visitor centre.

“It’s not every day you’re asked to bring your expertise to a London landmark on the River Thames, so this project was really something special.

We’re proud to be part of the four-strong team made of Focus Consultants, Couch Perry Wilkes and Price & Myers to fly the flag for Nottingham and keep part of our heritage alive for the tourism industry

Nick Gregory, Director for CPMG Architects on what it means to be nominated

The RICS Awards selects the very best inspirational initiatives in land, property and construction and the environment and recognises the very best work across the capital city.

Eleanor Clarke, associate at Focus Consultants also commented: “We’re so proud to have project managed an expert team from Nottingham which transformed HMS Belfast on behalf of  Imperial War Museums.

“The improvements have seen the Second World War Royal Navy Warship become one of the most popular tourist attractions in the capital city.”

Find out more about the award here: http://www.rics.org/uk/training-events/networking/rics-awards-2015-london/london/