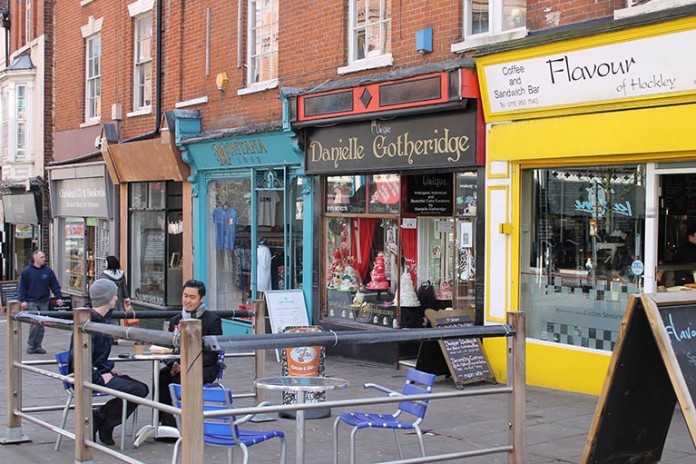 Known as the Soho of Nottingham Hockley is an eclectic mix of independent shops and businesses but some shop owners say they need more positive support.

“It’s baffling to us as shopkeepers as to why people just aren’t coming down here anymore,” said Robin Pounder owner of Wild Clothing on Broad Street.

“As a teenager I used to come into Nottingham to do my shopping, this was in the early seventies as Nottingham had always been a really good place to buy clothes,” he said.

Working as a draftsman in a design drawing office Robin got a Saturday job at Paul Smith to feed his interest in clothes.

While there he became friends with the only full-time employee at the time and they decided that one day they would go into business together.

“We started to notice this second-hand American clothing phenomenon that was really popular in London and thought we could transplant that to Nottingham,” he said.

In 1982 Robin left his job at Paul Smith and opened Wild Clothing using the Paul Smith shop as a model for his own.

Robin thinks that as much as possible is needed to be done to encourage and support local businesses in Nottingham as the amount of people shopping in Hockley has drastically declined.

Image: Robin Pounder with an employee. He says that business has declined since he opened his shop in 1982.

According to Robin the internet shopping and the development of the Intu Victoria Centre are partly to blame for the decline in customers.

“Small businesses like ourselves are at the mercy of our customer base. Even though they come in here and support us they are still saying that while they have a Primark bag in one hand and an Urban Outfitters in the other,” he said.

Urban Outfitters opened its Nottingham branch in 2013 and Robin said it has had a big effect on business.

“Every new clothes shop that opens here is another nail in our coffin.”

He said that more awareness is needed as nowadays people do not care whether they are supporting small business they will go to the shop that has what they want.

Another shop owner who is worried about big business in Nottingham is Guy Kneedham.

The 33-year-old owns Thee Vapeorium which sells a wide collection of e-cigarettes and associated products.

“Nottingham is a dying place,” he said.

Guy opened the shop on Goose Gate in March last year, moving from the one he opened three years ago three doors down.

He built the inside of his boutique style shop himself in a week.

Guy, who has lived in Nottingham all his life, claims that big businesses are destroying Nottingham.

“That’s what they do, corporate businesses come in and buy everybody out. They run the prices right down to a point where you can’t compete,” he said.

He thinks that tourism is the answer to saving small businesses in Nottingham.

“The council needs to bring in tourists it needs to do more towards it,” he said.

A massive network of caves runs under his shop and throughout Hockley and Guy wants the system opened up to attract more customers and tourists.

Danielle Gotheridge, 35, is a world famous cake decorator, demonstrating all over the world. She has even made a birthday cake for Justin Beiber, but people who visit her shop on Goose Gate have no idea of her fame and skills.

“I am the only cake designer of my kind I do demonstrations all over the world in places like Brazil and New York. I have self-taught techniques which makes me different,” she said.

She said that business has declined dramatically in Hockley and she knows of two businesses that closed down last year.

Danielle started her cake design business at her house and it quickly grew into two outlets in her home town of Netherfield in Nottinghamshire and a stall outside John Lewis in the Intu Victoria Centre.

But she had always wanted to have a shop in Hockley and when one became available she jumped at the chance to move her business to the area. She closed down her other outlets and has had her four storey shop on Goose Gate for over four years.

But recently business has not been good in the area.

“Down here everyday it’s just dead. Your outside work is funding the shop”, she said.

The cake designer released a book around two years ago, which led to her international teaching career and is helping fund her shop.

Danielle claimed the City Council is failing to invest in Hockley and said people don’t acknowledge the area  as a place to shop preferring the bigger shopping centres.

“What we have asked for from the council is to give Hockley an identity so it’s a place to come. We are the independent retailers and we are just not being listened to”, she said.

Initiatives have been set up in Nottingham to encourage independent business.

The Business Improvement District (BID) was formed in 2012 where businesses pay a levy for services and promotion.

The Creative Quarter was created to support the Hockley and Lace Market areas of Nottingham and promote small businesses and encourage economic growth in this part of the city.

A spokesman for the BID said: “Any retail or leisure business within the BID zone and with a rateable value over £15,000 pays a levy, proportionate to their rateable value, which the BID spends on campaigns and activities over and above what is already provided by the council.”

The spokesman said that businesses whose rateable value is below £15,000 can choose to be a Friend of the BID and voluntarily pay into the scheme.

“As a member or Friend, businesses can benefit from all the It’s in Nottingham initiatives and activities delivered by the Nottingham BID.  Amongst these is an annual month long campaign designed to highlight the depth, diversity and strength of the independent sector in Nottingham,” the BID spokesman said.

But cake specialist Danielle said that it is not working and she feels her business is invisible.

As her small business is struggling  she has no money to pay into the BID and therefore is not being represented she said.

The independent retailers themselves are the ones giving the area an identity and we are just not being listen to at all.

But it’s not just the owners of small businesses in the heart of Hockley who want more support.

“You go to York and Bristol those kinds of cities and they seem to get it so right.  It is over-rammed with independent places and people go there as a shopping destination and enjoy that about the city.”

The small business owner was living in London and working in fashion when she decided to give it all up to open her own tea house in Nottingham – something she had dreamt of since her student days.

After obtaining a loan from the bank, she opened her first White Rabbit Teahouse six years ago in Hounds Gate and a second in Bridlesgate Walk. She now employs eight staff.

“We try to keep things nice and local. We support local businesses and buy our grocery from Kerry’s in the market,” she said.

Image:  Homemade cakes at the White Rabbit Teahouse that are made by the in-house baker.

She said that the City Council need shaking up to understand how important local businesses are in providing employment and more diverse choices for shoppers and customers.

But whether you shop at Primark  or Paul Smith, it can’t be denied that independent businesses are part of what make Nottingham the vibrant and varied city it is today and more support can never be a bad thing. 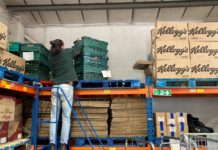 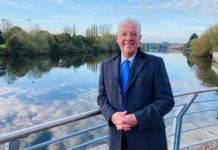 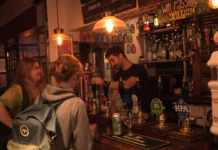