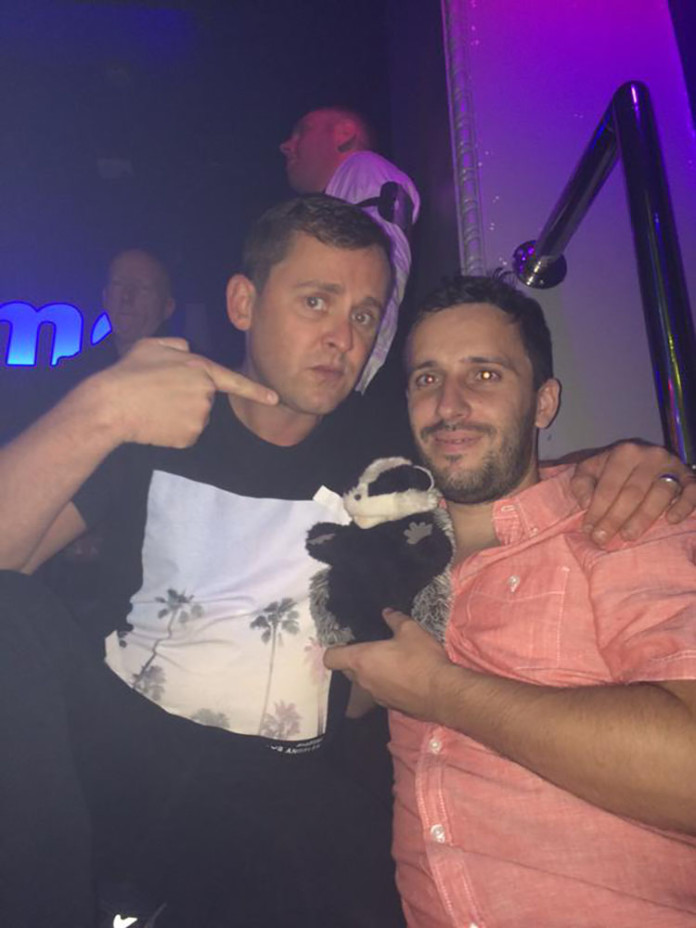 A Long Eaton man has been racking up the air miles by going on stag dos with complete strangers to replace people who drop out.

Will Stevenson, 35, went on his first journey in June and has now attended an impressive 16 stags in the last few months.

“It all started when I was looking around for festivals last minute as I had a free weekend. I came across an ad on Ebay that was advertising a spare place on a stag do in Budapest for the same kind of money” he said.

“I thought it sounded like a laugh and put a bid down. The next day I was off to the airport at 6 in the morning.”

And he enjoyed the 22-man weekend so much that it’s become a regular thing.

He has not been alone on his travels however, as he has been joined by a mascot.

Seth the Badger has been with him for all the stags and Will has used him as a way of updating the world on his whereabouts via Twitter.

Picture: Will (left) pictured on one of the Ibiza stags with Seth the badger

Since visiting Hungary back in June, he’s been on stags to Rome, Amsterdam, Majorca and Ibiza a staggering five times.

He said he had one of his more eye-catching experiences on a recent trip to Gran Canaria.

“I ended up going on a ‘drag do’ with loads of drag queens. Two of them were getting married so as part of it I had to spend most of the weekend in drag.”

Picture: Will and Seth the badger during the drag do weekend.

Will’s antics caught the attention of Radio 1 DJ Scott Mills after his first trip, who started to follow the Long Eaton man’s exploits on his show with regular updates.

Next for Will is a two-day stag in Dublin, but bigger trips are on the horizon.

“I’m off to Dublin on Friday for a couple of days and I’ve got Vegas and Melbourne booked in for the next couple of months so I’m getting around a bit.”

Picture: Seth the Badger accompanied Will to festivals as well as stags.

Will says that his family and friends all think he’s crazy, but it’s been worth it.

“I’m still in touch with most of the guys. I’ve probably made around 200 friends over the past couple of months. I’ve even been to a couple of their weddings.”