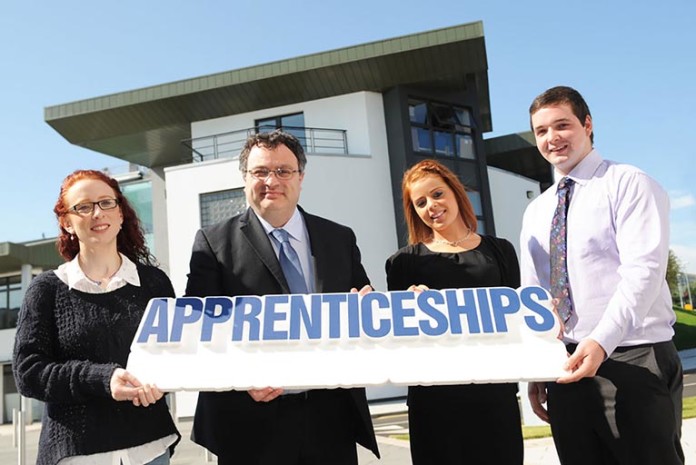 With National Apprenticeship Week in full flow, the spotlight is focused firmly on the importance of young people in apprenticeships that can act as a launch pad for their future careers.

More and more 16- to 19-year olds are choosing the path of an apprenticeship as a viable alternative to University, putting them in a much better financial situation too.

One of those tackling the stigma that comes with apprenticeships is Neave Anwar-Wright. After good A Level results, she would have had her pick of universities to further her studies.

However, Neave never wanted to go to University and instead set her heart on an apprenticeship that would give her on-the-job training.

“Going for an apprenticeship was a big decision, but it wasn’t a difficult choice,” the 19-year-old from Nottingham said.

“The more I considered university, the less I actually wanted to go. My friends around me were really excited about university but it never really interested me, I wasn’t sure that I would enjoy it.

Neave aimed for financial apprenticeships and researched into becoming a chartered accountant, looking into BPP Professional Education and its offer of an apprenticeship recruitment service.

At the age of 18 she was signed up to a CIMA Level 4 accountancy apprenticeship with global information services company Experian.

I was also at a very high-achieving grammar school where almost everyone left sixth form for university, or did a gap year before university. A couple of my tutors were very surprised that I was considering not going to university.

However, convincing her parents and school teachers that she wasn’t going to university was another thing.

“My parents both wanted the best for me and took some convincing because they, like a lot of people, viewed apprenticeships as something you do if you want to go into a vocational, manual career rather than a professional one,” she said.

“I definitely felt pressured to go to university, to the extent that I actually applied just to keep everyone around me happy. I knew I didn’t want to go, regardless of what offers or grades I got.”

How hard is it to find work for young people