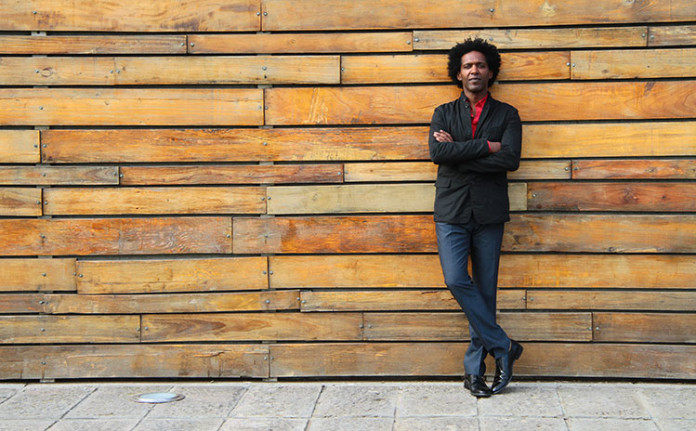 Nottingham will welcome some of the country’s most revered poets when it hosts a new festival next month.

Big national names in literature including Brian Patten, Lemn Sissay (pictured above), Atilla The Stockbroker and Luke Wright will appear across the three-day event.

Local talent including Kev Fegan, Jon Bitumen and the Mouthy Poets will also appear at the event, which runs from Friday, November 27 to Sunday, November 29.

Called Nottingham Poetry Festival, organisers include Notts TV and Henry Normal, the Nottingham-born writer and TV producer who co-wrote hits including the Royle Family and The Mrs Merton Show.

Normal returns to poetry after 20 years of producing TV and films such as Alan Partridge, Gavin and Stacey and the Oscar-nominated Philomena.

He said: ‘We are hoping to bring together the whole of the poetry community in Nottingham to celebrate the best of the national and local poetry scene.”

The writer runs Baby Cow Productions, which was involved in helping put together the new Nottingham-made film documentary ‘I Believe In Miracles’, telling the story of Brian Clough’s 1979 European Cup-winning side.

Picture: Henry Normal, the brains behind some of most successful television comedies of the last 20 years

Craig Chettle, chairman of the board of Notts TV, said: “I am excited to be working again with Henry in bringing some incredible talent to Nottingham.

“The festival will enhance the city’s cultural offering and hopefully become a highly-anticipated annual event.”

One of the biggest names, and appearing on the Sunday, is Lemn Sissay.

He is the author of a series of books of poetry alongside articles, records, broadcasts, public art, commissions and plays.

If there was ever one
Whom when you were sleeping
Would wipe your tears
When in dreams you were weeping;
Who would offer you time
When others demand;
Whose love lay more infinite
Than grains of sand.

Organisers have also said the festival is in support of Nottingham’s bid to become a UNESCO City of Literature.

Three festival events have already been confirmed at the Nottingham Arts Theatre, with a host of other shows to be announced at venues across the city.

Tickets for the Nottingham Arts Theatre events will be available to buy from Monday, October 12 direct from the theatre, Five Leaves Bookshop and gigantic.com.