Whether it satisfies a good old pang of nostalgia or you’re a fervent audiophile, Nottingham just can’t seem to get enough of vinyl records.

Once considered an outdated music format in the wake of the iPod as it crested the digital age, records are making a triumphant comeback.

And it’s not just for your run-of-the-mill hipster who “liked that band before they were cool”, with reported sales set to exceed a million by the end of the year.

At the forefront of the revival is Nottingham, which hosts a plethora of record stores for the most hardcore of LP enthusiasts to get their fix.

The biggest sellers of 2014

They believe Nottingham is truly leading the charge behind the renaissance that is currently spinning the nation around.

Nick at Plates Records said that they chose to locate in Nottingham due to an exciting volume of local artists who are actively pushing independent music forward.

He also spoke about how his passion for records was kindled:

Trevor Dann was a trailblazing BBC Radio presenter in the 80s who championed some of the most influential and cutting-edge artists of his time. When he was a DJ, music was only found on vinyl.

He thinks vinyl is ideal for the musical purists as it’s the only format to truly do justice to the rich and diverse sounds created by iconic artists such as The Rolling Stones.

The Nottingham-born music pioneer, who is now a producer for independent radio, believes the greatest charm of vinyl lies in its tangible benefits – with owners being able to amass a physical collection of their favourite albums:

So what do the people of Nottingham think about the rebirth of records?

It may not be everyone’s cup of tea, but there’s just something about that warm crackle of the gramophone that keeps us coming back for more. 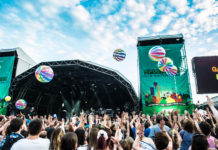 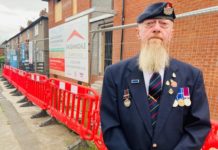 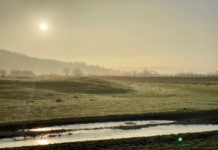