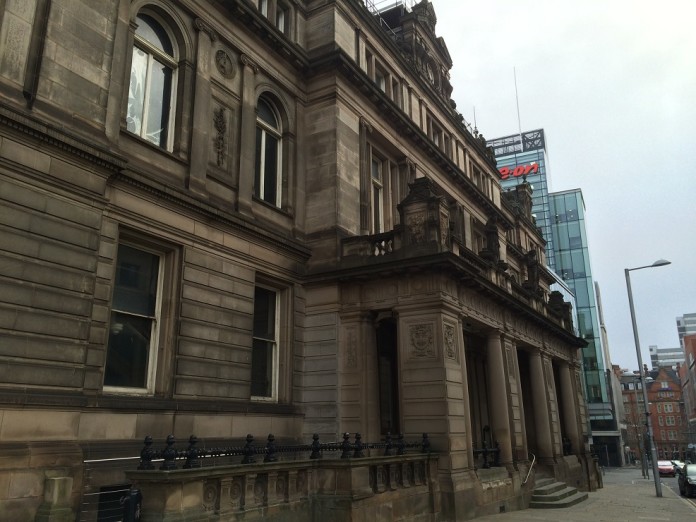 A massive part of Nottingham city centre including the historic Guildhall will be turned into a four star hotel and conference centre.

Nottingham City Council says it has now earmarked a developer to take on the project and expects to make a final decision on March 22.

The huge site includes the Central Police Station and Central Fire Station – which are already due to be passed to the city council when both services move out into new premises.

Miller Birch has been named as the developer the council would like to see make the plan a reality.

The company has a track record of eye-catching business schemes including the E.On headquarters building on Trinity Square, next to the Guildhall.

Its plans include transforming the Guildhall into a four-star hotel and building a new 410,000 sq ft “mixed use” development including offices and a conference centre. Picture: Police and fire staff are moving out of their stations on the site

City Council Deputy Leader Graham Chapman said: “This is a key city centre site we’ve long had ambitions for and I’m pleased we’re now in a position to see the whole site developed.

“Miler Birch has a good track record, we believe they will deliver an excellent scheme which will provide top class facilities and a real boost at this end of the city.

“Now that the council owns the whole site and action is under way to relocate personnel from the existing buildings, I’m hopeful we’ll start to see progress on this scheme soon.”

Mark Bielby, development director of Miller Birch said: “We are delighted to be working alongside Nottingham City Council in the delivery of what will be one of the largest developments ever seen in Nottingham and will contribute significantly to the economic prosperity of the city.

“We were pleased to deliver Trinity House, the new regional offices for Eon on the adjacent site and are pleased to continue the success on the adjoining site.”

Google Map: How the site’s footprint will transform part of the city centre

The council already owns the Guildhall building after moving offices from there to Loxley House in Station Street six years ago.

It has now exchanged contracts with the Police and Fire Authorities to acquire their buildings once empty.

A new fire station is being built on London Road and Byron House on Maid Marian Way is being refurbished to be occupied by the police.

Council emergency planning staff and the city’s Community Protection service will also move out of the site.