Plans to reopen a disused Nottinghamshire railway line 60 years after it closed to passengers have not been scrapped despite the Government not progressing with an initial bid.

This is according to Cllr Ben Bradley MP, leader of Nottinghamshire County Council, who says the project will form part of wider plans to redevelop Toton and Chetwynd Barracks in Broxtowe.

Concerns were raised last week that the new Maid Marian Line, which would connect parts of rural Ashfield and North Nottinghamshire to a future hub at Toton, had been shelved by ministers.

Questions over the scheme arose when the Department for Transport (DfT) confirmed a bid submitted by Ashfield District Council would not be progressing through the Restoring Your Railways scheme.

The Whitehall project was announced last year as part of the Integrated Rail Plan to reopen some lines closed to passengers during the ‘Beeching Cuts’ of the 1960s.

This led to disappointment from the district council’s leader and caused fears plans to ‘level up’ the area had been rejected.

But letters seen by the Local Democracy Reporting Service confirm the plans are still going to be progressed – albeit through a different route.

The line will instead be investigated as part of the wider Toton Masterplan, with the East Midlands Development Corporation (DevCo) to be given £2 million over two years to draw up the next steps for the large project.

The letters also confirm it will be investigated alongside plans to potentially introduce a direct rail link between Mansfield, Toton and London St Pancras in the future.

And Cllr Bradley says the change does not mean the line will not be reopened – stating the DevCo will now work with the DfT on bringing the line forwards.

He told the Local Democracy Reporting Service: “The Government has written to us to effectively say they are pursuing this through a different route.

“It says in the letters that they’re also considering the longer-term connectivity of that all the way down to St Pancras, including a Mansfield to St Pancras line.

“That’s good news because it means they have given us £1 million to do the planning work through the development corporation as part of that Toton Masterplan.

“And it means the DfT is actively working with us on it, instead of it being a one-off bid – it’s a structured plan where we will work with the Government to bring it through.”

The Toton hub was initially earmarked for a high-speed transport hub to link to HS2 before the Government opted for East Midlands Parkway.

And the investment will allow local leaders to work out how they will change their plans to factor in a regular railway hub rather than infrastructure for high-speed transport.

Cllr Bradley added it’s “hard to say” whether the changing direction for the Maid Marian Line will bring the scheme forward any quicker or cause a delay.

But the Ashfield Independents, the ruling group on Ashfield District Council who raised concerns over the future of the Maid Marian Line plans, fear the scheme could be delayed “by a decade”.

While Cllr Matt Relf (Ash Ind), portfolio holder for regeneration and growth on the authority, said the council’s plans were more than just linking the line up with Toton.

Cllr Relf said: “Toton wasn’t really the primary point of reopening the Maid Marian Line, yes it would open up connectivity to HS2 if or when that would be delivered, but it opens up so many other route options as well.

“Primarily, the most obvious route is from Kirkby, further up the Robin Hood Line all the way through and direct to Derby.

“The A38 is struggling under the weight of traffic from people commuting in that direction and the ability to alleviate that, for me, is remarkably shortsighted.” 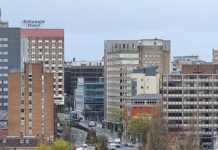 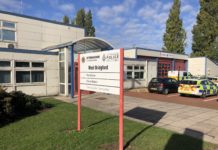