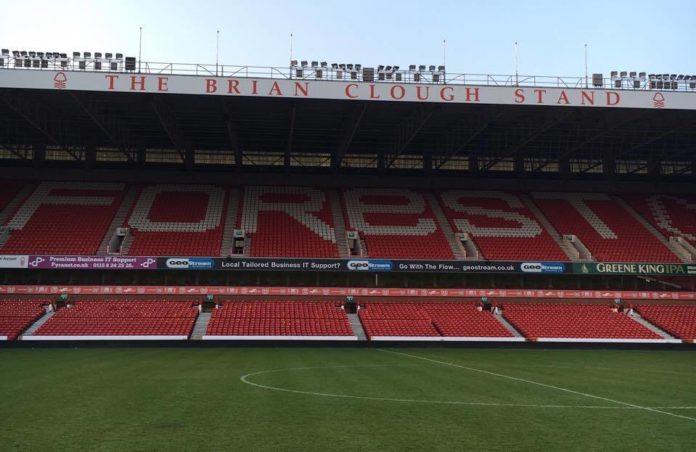 Nottingham Forest fans are planning a demonstration ahead of Saturday’s home fixture against Bristol City.

Using the hashtag #FAWAZOUT fans have been arranging a peaceful protest due to take place in the car park at the back of the Peter Taylor Stand 2pm before kick-off.

Through a gofundme page, Reds fans have raised £115 for flyers and banners to be used at the protest on Saturday.

@fawaz_alhasawi1 Call JJM; Be realistic that £50m is not representative;Take your money; Don’t ever come back to Nottingham! #fawazout #nffc

The anger vented by Forest fans comes off the back of a failed takeover attempt by American millionaire John Jay Moores.

Chairman Fawaz Al-Hasawi released a statement last Friday night confirming the takeover had fallen through and said: “We feel strongly we have acted in good faith on behalf of the club and its fans and that such a deal as it stands is not in the interests of the long-term future of our club.”

EVERY FOREST FAN NEEDS TO RT THIS AND ATTEND EVEN IF YOU DONT ATTEND THE GAME. #FAWAZOUT #NFFC pic.twitter.com/ElGBXUsUrY

Nottingham Forest find themselves 20th in the Championship, only three points from the relegation zone and without a win in all competitions since the start of December.

A run of poor results recently led to the sacking of Philippe Montanier and Forest are now looking for their eighth manager under Al-Hasawi.

Earlier today former manager Billy Davies was the bookies favourite for the job but, according to reports, Fawaz Al-Hasawi is unlikely to hire him due to their strained relationship.

Gary Rowett, Ryan Giggs and Jimmy Floyd Hasselbaink have all reportedly ruled themselves out of the race to become the new manager at the City Ground and some sources suggest that could be linked to the current ownership.

Montanier may not be the last one to leave the Reds during this January period as multiple clubs have been linked with Forest captain Henri Lansbury.

Several reports are linking the midfielder with a move away – with Norwich City and Aston Villa likely destinations.

Lansbury has just under six months left on his current deal and with no new contract on the horizon, a move during this transfer window seems likely.

Don’t know who created this but 👏🏻👏🏻👏🏻 #nffc pic.twitter.com/PQYrT5SPio

Red Bull Salzburg manager Oscar Garcia, who previously guided Brighton & Hove Albion to a play-off semi-final, has been heavily linked with the managerial vacancy at the City Ground but no appointment looks imminent before Saturday’s game.

Academy manager Gary Brazil has been put in temporary charge of first team affairs until a new manager is found.