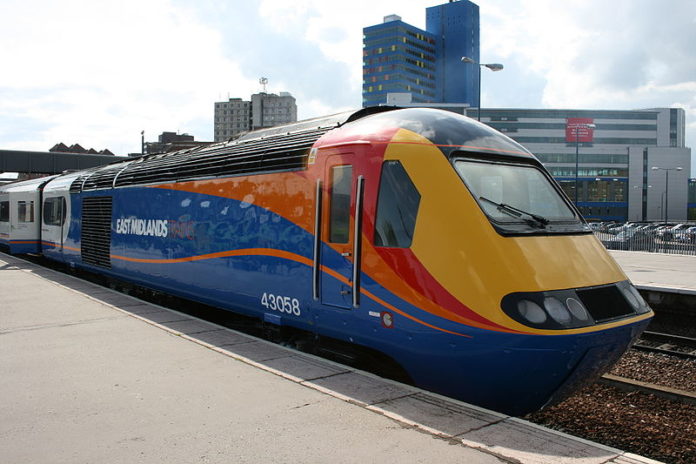 A Nottingham MP says city rail services must get new trains to replace an ageing diesel fleet first launched in 1976.

Lilian Greenwood, MP for Nottingham South, also called on the Government to spend more money on upgrades for the region, including the delayed electrification of the Midland Mainline.

East Midlands Trains says it urgently needs to replace its range of old High Speed Trains (HSTs) which serve Nottingham to London – some of which first came into service 40 years ago.

A report it published on Thursday says instead it needs a new series of trains which can operate on standard and electrified lines.

The company also said it wants to cut journey times from Nottingham to London to 90 minutes.

It said: “A number of the existing train fleets are soon reaching the end of their lives and there needs to be a clear plan in place now to replace them.

“This is not just to secure more capacity and journey time improvements in 2019, but to improve existing service levels.”

And Labour MP Ms Greenwood, the former Shadow Transport Secretary, said in a Tweet on Monday it was ‘essential’ for the Midland Mainline, which runs from Nottingham to London, to get new trains.

In Parliament on Thursday she also pressed Rail Minister Paul Maynard on spending on the network, saying: “The East Midlands region has had the lowest level of rail spending per head in every one of the last six years.

“We’ve discovered that the pausing and unpausing of the electrification of the Midland Mainline wasted almost £40 million and cost countless jobs in the supply chain – and now there are rumours that it could be cancelled or deferred again.”

She said Mr Maynard should commit to “real action” to ensure there were no more delays.

The Government postponed the electrification of the Midland Mainline last year, only to re-start it a few months later.

Expected to be complete by 2023, the work will cut travelling times from Nottingham to Derby, Leicester, Sheffield and London.

But Mr Maynard gave no guarantee of the project progressing in his reply to Ms Greenwood, instead saying: “The supply chain [of trains] in the East Midlands doesn’t just depend on this one project but the work. It’s worth bearing in mind we’ve already completed 10km of new line, nearly 9km of an existing line has been improved as well.”

He listed other infrastructure schemes and said other work was ongoing to increase capacity on the network.